"I was already feeling depressed, and to look in the mirror and see that just made everything worse."

Our inspiring Ambassador, Jan, shares her heartfelt story and journey to 47 Skin, after a sudden tragedy caused a flare up in her Rosacea and acne.

I’ve never had the luxury of good skin. I started off with acne around the age of 14 when puberty started hitting. I just had the most appalling acne  - I look back at the pictures and am surprised I was even able to go out!

In my twenties, it got better, but it never completely went away.

Fast forward to my forties and I remember the day when I first became aware that I was developing sensitive skin and Rosacea.

I was out for lunch with a friend when I suddenly felt my face was very hot. My friend looked to me and said, 'Jan - you're Beetroot red!’. And that seemed to be the start of my skin just having a little mind of its own.

I would find putting the slightest thing on my skin would make it go very red. I would look at all these pale women and feel so envious of them.

Then last year, the unthinkable happened to me. In May 2020, I lost my fiancé when he died in a cycling accident. It was a really tough year and my face was just ravaged with grief.

The months and months of crying every day made the redness so much worse and even caused these little bumps around my cheeks. A couple of months ago, I decided to start trying to repair my skin, and came across a facebook advert for a skin care product. It had loads of amazing reviews so I thought I’d give it a go.

But my skin didn’t like it at all and it just got worse and worse, with the small bumps erupting into big red, angry spots. I was already feeling pretty depressed after the year I’d been through, so to then have to look in the mirror and see my skin looking like that, just made it worse.

I don't wear much make up anyway, but I just couldn't cover it up. So I gave up the product and I felt like I would just never find anything that would suit my face – as it just never seems to like anything I put on it!

So one day, a little while later, I was browsing away on Facebook not particularly looking for anything and an advert came up for 47 Skin. I read the website and looked at the reviews, which were around 98% positive. There was only one or two that said it hadn’t worked for them, but there was nobody that said it had caused a bad reaction.

So, always the optimist, I thought, you know what? I'm going to give it a try. So I ordered the anti-blemish and scar repair serum and the Silver mask.

They arrived on the Saturday morning. That night, I cleansed my skin with my normal cleanser and put on the mask, and it felt really nice, which was quite a surprise as I thought it might sting. On Sunday morning, I used the anti blemish and scar repair serum and thought nothing of it.

But, on Sunday night, I caught sight of myself in the mirror and thought: Is my face better? I'd taken some before pictures which were awful, angry pictures. I took a photo and put the two together and was shocked! All the heat and anger had gone out of my cheeks. The big red angry bumps were almost gone.

I sent the two pictures to my best friend and she just couldn't believe it either! I thought, is this a fluke? Am I imagining it? But I carried on using the products and very quickly realised that my skin liked them, which was a miracle. Even my chin, which is nearly always red, is so much better.

I contacted 47 Skin and told them what a great result I'd had and ordered a box full of products! It's the only skin product that I use now, and I've been using it for around about five weeks and the difference in my confidence is incredible. I have days where I look at my skin and it looks luminous and clear, which just feels amazing.

I’m still going through a very difficult time missing my fiancé and I'm really struggling with that, but I don't have to worry about my skin anymore, which is amazing. I'm just delighted that I found 47 Skin, and I'll never use any other products. 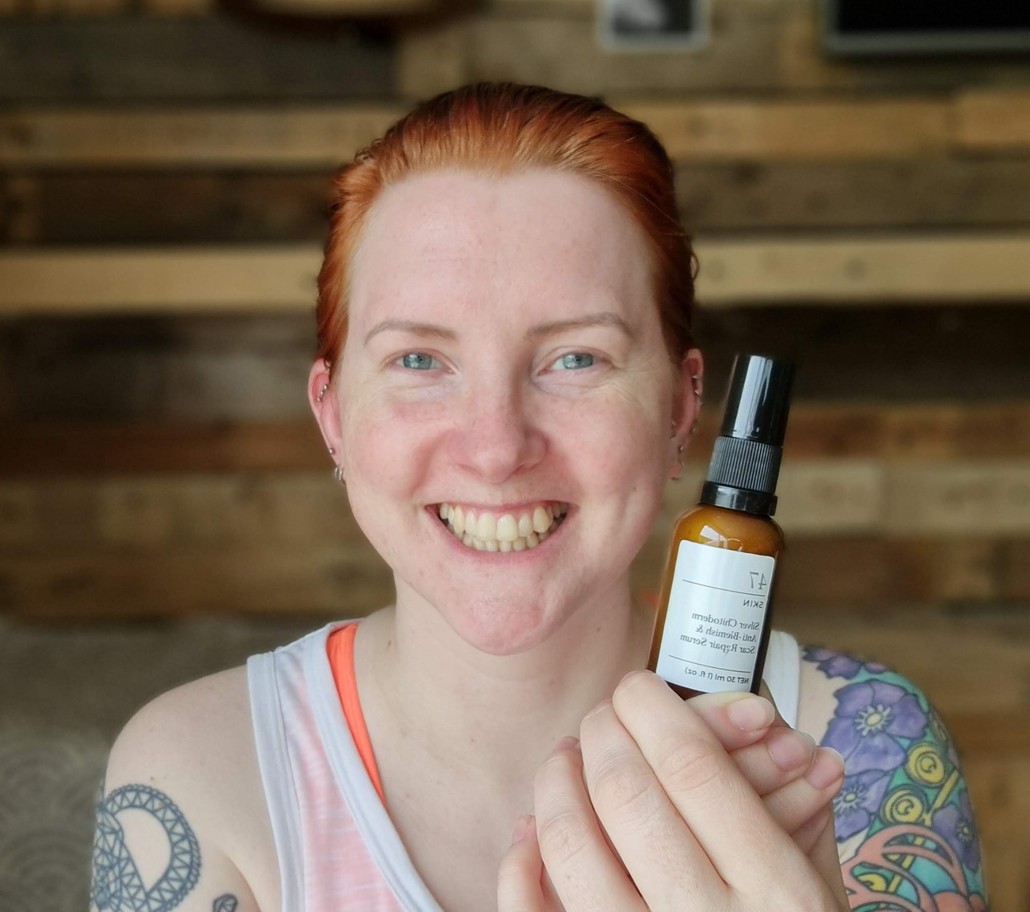 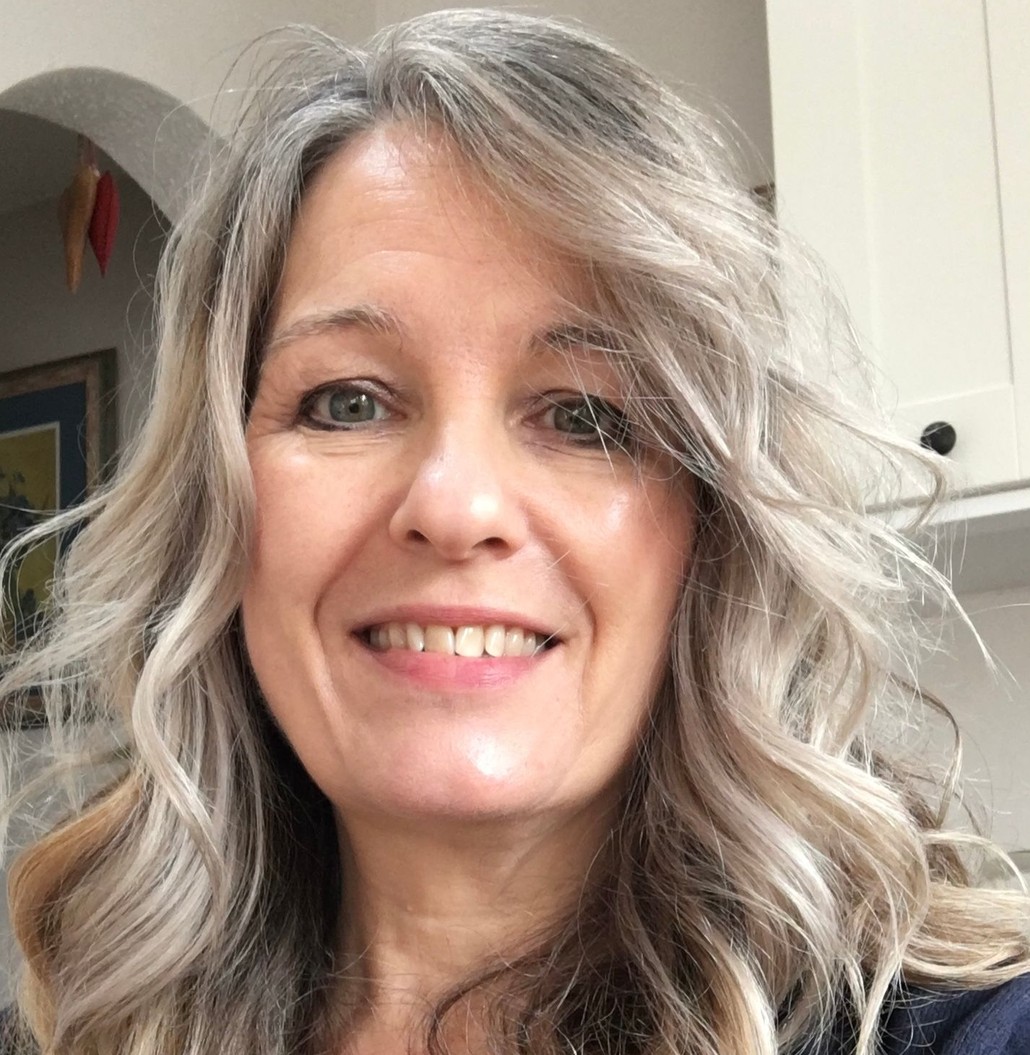 CAN ACNE BE A GOOD THING?