Use code NEW10 Enjoy an exclusive 10% off your first order

Free shipping when you spend £50

My Experience With Retinol

And what I learnt along the way…

You’ve probably heard of an ingredient called Retinol. You might have seen it on the packets of various night creams, moisturisers and serums, claiming to reduce the appearance of fine lines and wrinkles.

Retinoids and retinol are both forms of Vitamin A. Retinoids are the strongest and you’ll need a prescription to get your hands on it. Retinol is a weaker version, which can be found in many over the counter products.

They all work in the same way, by helping to speed up your skin cell renewal rate, promising to be one of the most effective ingredients for reducing fine lines and wrinkles.

I’m 29, which I feel like is a scary age. If you’re on the cusp of a new decade, you’ll know the fear I’m talking about. The thought of turning 30 in the next few months is filling me with dread for many reasons.

Firstly, I still feel like a student and feel as if I now have to be a proper, proper adult, which I don’t feel ready for in the slightest. The other reason is I’m getting increasingly paranoid about the fine lines on my forehead, which seem to be appearing out of nowhere.

As someone who has just got over my acne scars, thanks to a lot of medication and the help of 47 Skin, as soon as I saw these fine lines, I thought  – a-ha – I can outsmart you. ‘I work in skin care and I’m going to get to you and stop you in your tracks, before you have a chance to take over.’

When I first decided to give retinoids a go, I read up about all the different side effects and thought I was well prepared. I knew it might dry out my skin and give me a few spots for the first week or so, while my skin was getting used to it. And then, like a snake shedding its skin, I would emerge 6 weeks later with more youthful, wrinkle free, glowing skin (or so I believed…).

So, I got my prescription retinoid (Tretinoin) from my Dermatologist and confidently started applying it every other evening for the first couple of days, building up to every night, followed by moisturiser.

At first, nothing really seemed to be happening. But around a week later, I had a flare up of 5 or 6 spots, which sent me into a bit of a panic (for anyone who has suffered with acne in the past, you’ll understand the feeling), but I reasoned with myself to persevere. I kept applying my 47 Skin Anti-Blemish and Scar Repair Serum every morning, which helped to heal them fairly quickly.

It was around the end of week 3, that my skin started to really go downhill – it was extremely dry, particularly around my lips, to the point where make-up would flake off and no amount of Carmex was enough. Plus I was still getting the odd blemish, which I never got before. I decided to reduce my dose back down to every other day, but it wasn’t making much difference, so I stopped.

I felt really frustrated but I had got to the point where I didn’t actually put anything on my skin except a basic moisturiser for 3 days, just to try and get rid of the irritation. The promise of my post snake skin reveal seemed further away than ever…

Still determined to get at least some of the benefits from retinoids, I decided to try a less potent product. An over-the-counter night cream containing retinol. So I applied it as instructed, every evening before bed, and although it was fine for the first few days, I started to see my skin and lips drying out again.

Not as much as before, but enough to make me feel like I was losing the retinol battle, once again. I switched to using it every other night, which helped to reduce the dryness, but not completely.

I’ve been using retinol for 6 weeks now and if I look very closely, I feel like there might be a slight reduction in my under eye lines, but I’m not sure to be honest. My skin is still drier than it was before, which I don’t like. 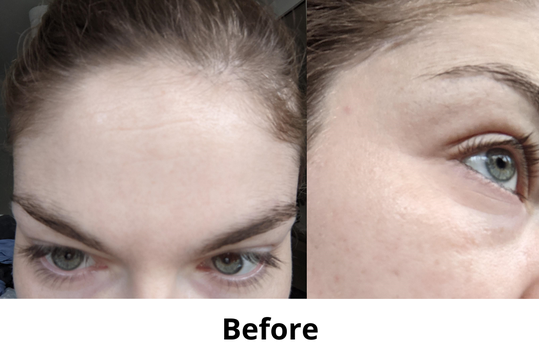 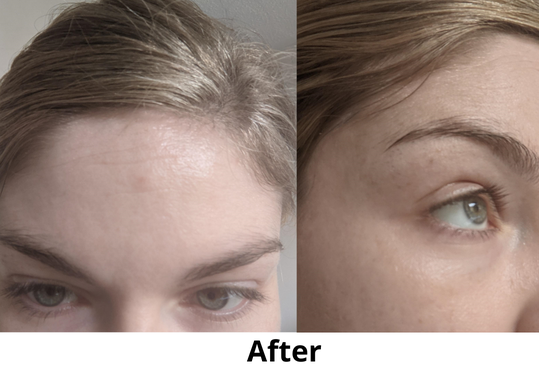 Although many people swear by it, I’m not sure I’m cut out for being part of the retinol gang. I was hoping to write an article proving that it did really work, but I have to be honest with my experience. Perhaps if you tried it for longer, you'd see more results, but unfortunately, I’m not that patient.

To be honest, I’m not sure it was ever really about the fine lines – I think I just didn’t want to accept that I am getting a little older. As my colleagues reminded me, I should be thinking more positively about my skin – ‘Who cares about a few fine lines? They are just evidence you’ve had a heck of a time in your twenties’ one of them said. Which is very true, and I am trying to think like that, but I do recognise it’s hard. And I don’t blame anyone for finding it hard to accept their skin changing over time.

I’m trying to view it in the sense of when I’m 39, I’ll probably be wishing I had the skin I have now. I’m also trying to look at my complexion as a whole, rather than zooming in on a few tiny fine lines, and using the products which I know make me feel good about myself and my skin.

So that means sticking to my usual night cream and 47 Skin serum, for now! 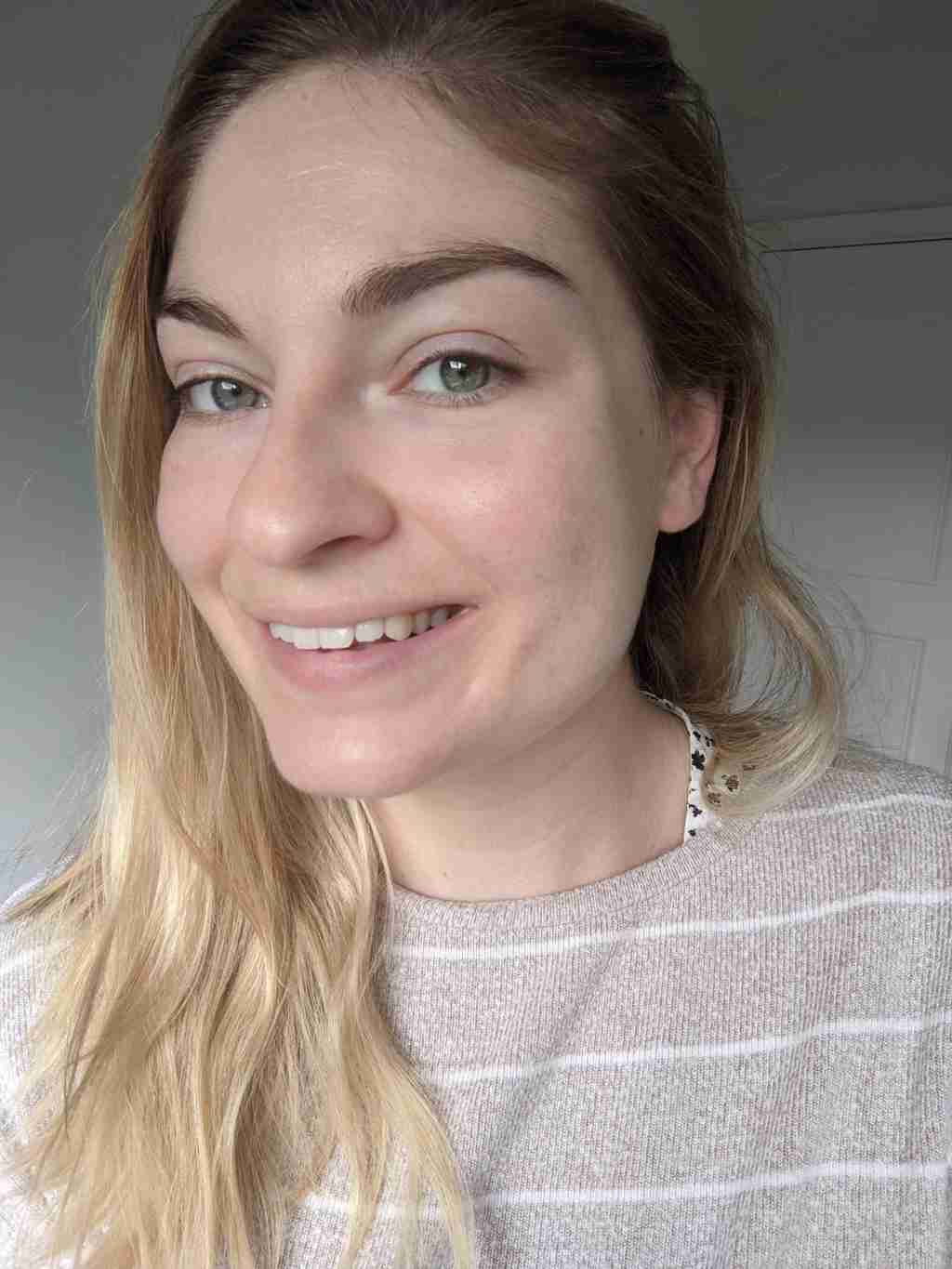 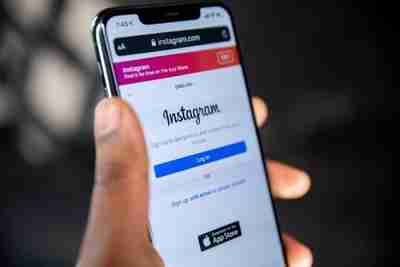 IS THE FLAWLESS SKIN YOU SEE 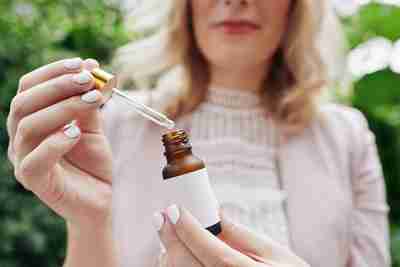 HOW TO TACKLE THE ANTI-WRINKLE MINEFIELD 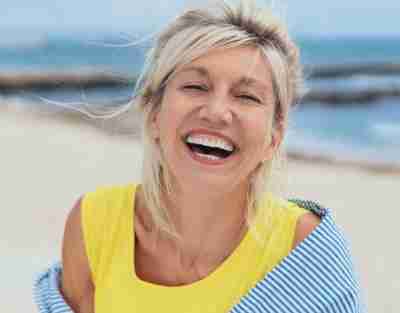 HOW TO CHANGE YOUR